In the image, what do you see? There are no wrong answers. In fact everyone sees something different.

My professor for Cognitive Development opened a rather interesting topic of discussion today. about the visual preference paradigm in infants. The topic was:

Class, explain what the visual preference paradigm is and how infancy researchers use it to investigate infant sensation and perception. How does this impact whether or not you think infant exposure to media is positive or negative?

Of course, no one wanted to touch this topic. It is a highly controversial and complex topic. In regards to infant media exposure topics, there is such a mixed variety of information, it is difficult to pinpoint if there are in fact well documented cognitive development delays that can span the masses of populations on a cross-cultural level. The majority of studies have too many interval validity issues or they lack strong statistical power. Another issue I notices as well is too narrow a focus on specific participants. For example, a study in Thailand focused on developing fully supported evidence about infant media exposure to which I wrote:

In a newer study from 2020, investigators in Thailand conducted a longitudinal study on media exposure, and findings were consistent that media exposure with appropriate screen time restrictions, showed that preschoolers were school ready compared to the heavier media exposed children. This begs the question of whether the method used to determine this outcome is sufficient for explaining this outcome. The investigator’s provided little information on the cognition or early learning composite (ELC) they used and this data was only collected at 2, 3, and 4 years old, but screen media data were collected at 6, 12, and 18 months, as well as 2 years old. (Supanitayanon et al., 2020) I would be interested in further investigation of the ELC results of the infants to determine if the infants may have had a developmental delay that was already existing. The most commonly used ELC scale is the Mullen Scales of Early Learning (MSEL) and the accuracy of the visual reception and fine motor is between 0.79 and 0.75. (Mullen Scales of Early Learning (MSEL), 2018) This is essentially categorized as 0.7 to 0.8, and labeled as good, but not very good or excellent in diagnostic accuracy. (Šimundić, 2009)

While infant media exposure is a solid debate that may take a long time to settle, visual perception and visual preference paradigm has a role to play. Here is the response I wrote to my professors suddenly discussion topic.

The visual preference paradigm is a variant of the habituation techniques.  Infants can look at a stimulus because of preference over another and show the skill to distinguish between the two stimuli. This allows the investigator to assess and measure the time spent looking at stimuli and determine the reliability of preference. (Galotti, 2017, p 80) In my opinion, this has a positive impact on infant exposure to media because if the infant prefers the media being presented, then they are engaged and able to distinguish between it as stimuli.

Interestingly, the visual preference paradigm came after the “father of modern psychology,” William James said that babies experience things as, “buzzing confusion,” of the different things they see, smell, hear and feel.  Then came Paget and Hebb, who believed that visual perception was poor until the infant learned a great deal more in the months and years to come.  Hebb thought of perceptual learning as gradual. Subsequently, the Gestalt Theorists crafted rules of perceptual organization. The concept of visual perception and visual preference is leading the way to how we have a complex world of visual stimulus, and there is some level of the visual cortex activated in infancy. (Slater et al., 2010)

These positive findings in infant visual perception and preference show that infant exposure to media may not be seen as a negative thing. If we take into account the complexities of the world, and how much the child has to learn, it is hasty to blame whatever tools the child has to learn as being negative to their development. If we apply the logic of visual perception to ourselves, and I ask you to look for 3 red items in the area you are currently in, you would locate those items no problem. Though if I said, how many blue things did you notice? The question would render you confused because you followed the instructions and didn’t look for anything but what was asked of you. Humans of all ages are going to do what is predictable to keep a semblance of order in the chaos, infants too will do the same. The reason the brain fascinates me is because it can change rapidly from being diseased, to healthy if the person controlling it is able to achieve a modicum of focus and clarity. This is why we cannot perfectly predict how media exposure effects an infant, because the brain is a wild card in and of itself, and it fascinates me to understand more about how the host of this magnificent organ can learn to control it and harness the power of it for anything they wish.

Anyways, that is my take. Hope it opens a discussion on this interesting concept.

What do you think about the visual preference paradigm? Do you think that it has an impact on infant media exposure?

PrevPreviousSocial Connections Study
Next10 Tips for Healthy Communication in a RelationshipNext

PrevPreviousSocial Connections Study
Next10 Tips for Healthy Communication in a RelationshipNext 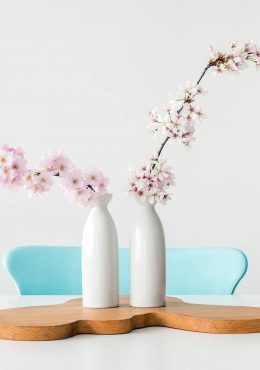